A personal message of thanks and support from Wildlife Queensland President Peter Ogilvie.


A personal message of thanks and support from Wildlife Queensland President Peter Ogilvie. 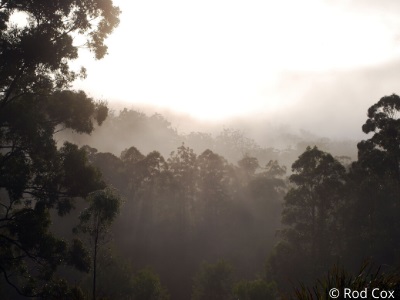 Let me take this opportunity to wish you good health, and I hope you are able to escape, or at least overcome, the horrendous consequences of the coronavirus COVID-19 pandemic, whether they be medical or economic.

Over many millennia, the primary threats to humans have been wars and diseases. In more recent times, the massive advances in technology and medical science have led to a substantial decrease in both those threats. In the case of war, technology has produced such destructive weapons that there is a totally justified fear that using them may ultimately destroy us all. In the case of disease, the advent of antibiotics and vaccines (to name but two major advances) have lulled us into a false sense of security engendering a belief that we are able to overcome whatever any malicious virus and bacterium is able to throw at us. Interestingly, wartime language and metaphors are being employed in the present circumstances to describe a medical crisis.

In a strange way, we are experiencing what it’s like to be a threatened species. The difference is that we have the capacity to respond. Not that our responses to our most recent existential threat, climate change, are anything to write home about.

Our organisation, Wildlife Queensland, strives to provide a voice for those non-human threatened species who are unable to respond, of their own accord, to the threats of warfare (with introduced predators), disease, habitat destruction (by land clearing), habitat segmentation (loss of corridors) and dramatic habitat modification (as a result of climate change).

Each year we have a number of public appeals for funds to assist a particular threatened species or to assist our organisation to remain afloat. We cancelled our end-of-year appeal last year because of the fires, and we redirected unsolicited donations for fire-affected animals to appropriate organisations that were providing direct care for those animals.

It would also be totally inappropriate to proceed with our mid-year appeal in this time of economic stress created by the coronavirus pandemic. Having said that, please don’t feel shy about donating to Wildlife Queensland if you have spare funds and you want to help advance the protection of our native animals and plants. We only exist because of donations and I thank you very much for your ongoing support.